John Mills lives in Austin TX, and plays baritone sax, writes songs, and does arrangements for The Texas Horns. John Mills has long been one of Texas’ most in-demand saxophonists, arrangers, and composers. He not only plays and writes across a complete spectrum of jazz styles - from mainstream to experimental, from big band to fusion to chamber jazz - but he is also active in virtually every other genre of contemporary music. His interests and creative experience extend to blues, R&B, salsa, classical, world music, country, funk, rock, folk, gospel, and more - all of which he pursues both in concert and in the recording studio.

During his diverse career, John has performed, arranged, and composed for a vast number of CDs, film/TV soundtracks, and jingles. Besides his prolific work as a studio performer, he has produced and recorded three CDs for Fable Records under his own name: Caffeine Dreams, Invisible Designs and Flying Blind, all of which feature exclusively his innovative original compositions.

Mills has composed extensively for both professional and university jazz ensembles, including many charts published by Walrus Music. His "If Memory Serves" was awarded First Prize in the ArtEZ Jazz Composition held at the 2008 Grolsch International Jazz Festival in Enschede, the Netherlands, and most recently he was awarded the 2019 SONIC Award for Best Big Band Composition by the International Association of Jazz Composers and Arrangers (ISJAC).

He also composed the opening theme for one of the Austin City Limits early seasons. In his musical travels John has performed in concert with such jazz luminaries as Maria Schneider, Kenny Wheeler, Carla Bley and Steve Swallow, played shows with such R&B icons as Bonnie Raitt, Dr. John, Ray Charles and Aretha Franklin, and written commissioned orchestral arrangements for such diverse artists as Asleep at the Wheel, Rosanne Cash, Indigo Girls and David Byrne.

Dr. Mills has given masterclasses in countries including Italy, Germany, Russia, Denmark, Slovenia, Guatemala and Chile, and is a Professor of Jazz Studies at UT-Austin’s Butler School of Music, where he teaches jazz saxophone, composition, arranging and history. 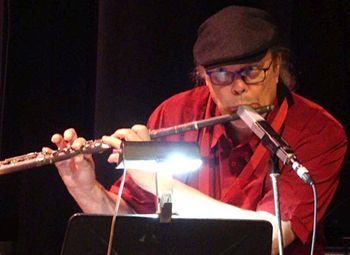 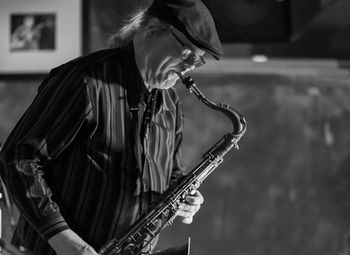 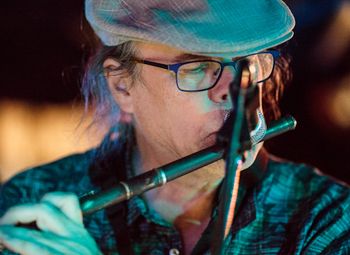